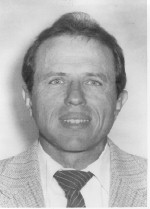 On July 26th, 1990, Sergeants Tunney and John Domblisky, were killed when struck head on by a car that had crossed the centerline. Sergeant Tunney was forty-seven years old at the time of his death and was a twenty-three year veteran. He had played an important role in forming the bicycle patrol in downtown Phoenix. Officer Tunney was survived by his wife and four children.