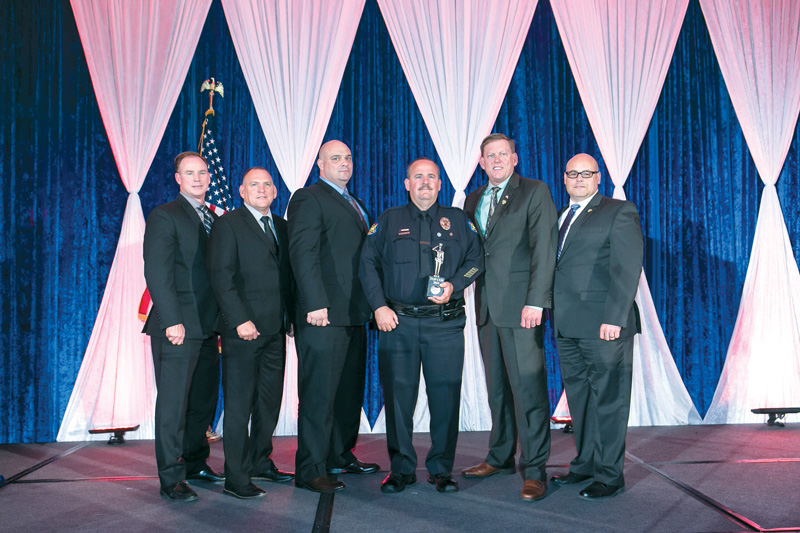 For the third consecutive year, another outstanding Phoenix police officer has been chosen as one of the country’s Top Cops by the National
Association of Police Organizations (NAPO). Officer Phillip Akins was honored on May 14, 2016, in Washington, D.C., for an incident that took place in 2015.

On March 11, 2015, Officer Akins, working alone, responded to a call regarding a verbal argument between a man and a woman in the area of North 16th and East Van Buren streets. The 21-year Phoenix P.D. veteran says that when he arrived, he tried to establish contact with the couple but they ignored him. Unknown to Akins at the time was that the man, Pedro Morales, was the suspect in a burglary and fatal stabbing the night before, and had a large knife in his possession.

“I was in my car, and they were in the middle of the street. So I tried to get them to the sidewalk, and I approached them on foot,” Akins recalls. “That’s when Pedro ran at me and stabbed me.” Akins knew he was in a fight for his life: “I felt warm blood on my chest and
saw that Pedro still had the knife in his hands.” 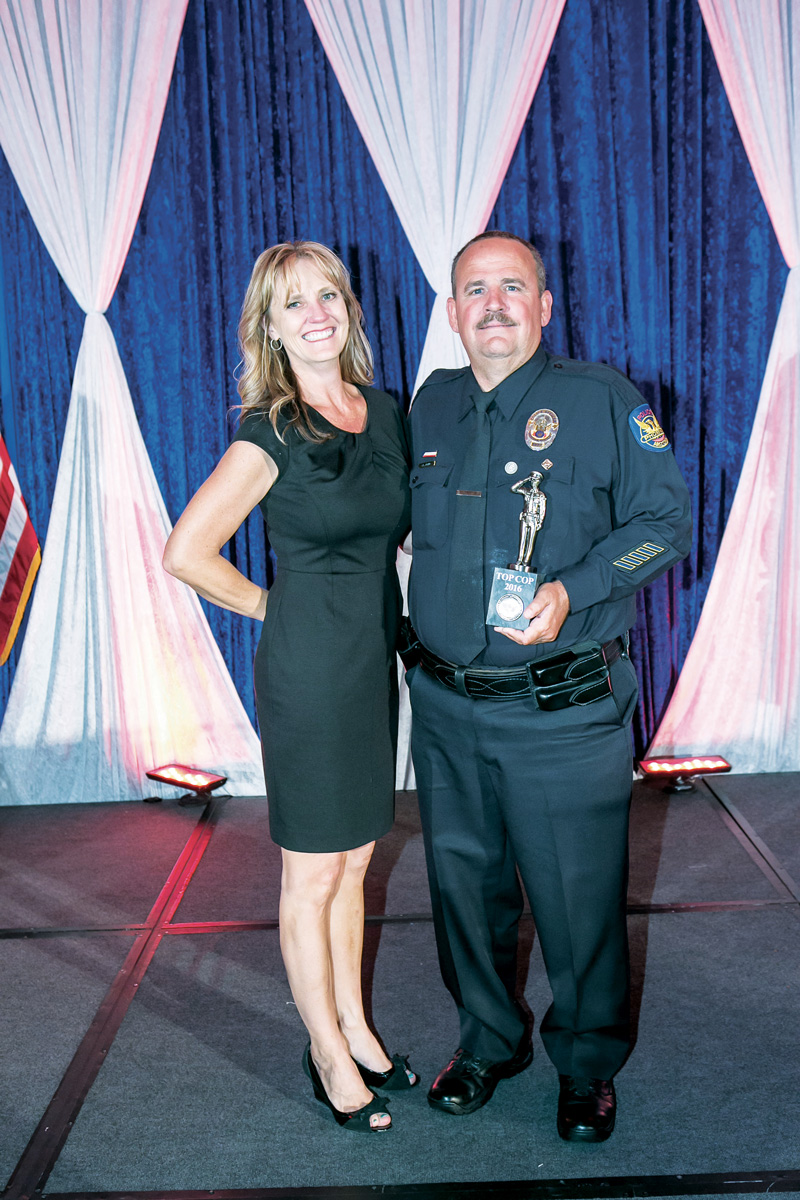 Staying composed despite his injury, Akins was able to draw his gun and maintain contact with the suspect, who was attacking the woman, his four-months-pregnant girlfriend. Morales dragged the woman down the street as she yelled at Akins not to shoot him. Morales stabbed the woman in the chest. Akins fired at Morales, who continued to approach the officer and reached for his gun, as described in the police report of the incident. Akins shot a second time, and Morales collapsed in the road. Despite his injury, Morales continued to fight even after responding officers arrived, and was only taken into custody after a Taser was deployed.

Akins was taken to the hospital, where he was checked for internal injuries and sent home with only a few stitches. He returned to work after six weeks. “I was nervous going back,” he admits. “I didn’t know how I would react when contacting subjects.” He rode with another officer for the first week as he readjusted to life on the job, but has been back to his normal duties since then.

Akins is grateful to PLEA for its help after the incident. “PLEA made sure that I knew I had support there for all aspects — both the investigation and any emotional support,” he says. PLEA President Ken Crane wrote and submitted the nomination for the Top Cops
award, and when Akins’ incident was chosen as one of the top 10 in the nation, PLEA also provided financial assistance so that Akins could have a family member present at the awards ceremony. “It was my first time in D.C., and I was glad to experience it with my wife, thanks to PLEA,” Akins says.

While he was honored to be selected, Akins humbly adds, “I was glad that I was first [recognized during the ceremony], because after  listening to some of the other recipients, I questioned whether I deserved the award.” Those in the Department and at PLEA obviously beg to differ, as Akins says he has received nothing but compliments from his colleagues. That level of respect and caring goes both ways. Looking back on the incident, Akins’ first thought is that he hopes none of his fellow officers are ever involved in situation like his, adding his favorite thing about being a police officer: “the people I work with.”