On Tuesday, March 19, 2013, PLEA and PPSLA held a joint board meeting at the Estrella Mountain Precinct for the express purpose of addressing the issue of proposed 5/8 shift pilot program.

The meeting was a great success.  Numerous officers, sergeants, lieutenants and members of the community turned out to express their views on the program to City Manager David Cavazos, Assistant City Manager Ed Zuercher and Police Chief Daniel Garcia.

The meeting was standing room only with personnel overflowing out into the lobby and the front entryway of the precinct.  By our estimates there were approximately 300 persons present.

Many supervisors, officers, citizens and family members expressed their frustration at the Chief’s desire to drive a square peg through a round hole by forcing a pilot program on a 5/8 shift concept when all the studies and research show that the 4/10 model is clearly superior for cost savings, efficiency and rest/sleep cycles of officers.

When asked by Joe Clure who was actually pushing the 5/8’s issue, the City Manager deferred to the Chief who stepped forward and said that it was his idea.  This is contrary to what the Chief had told supervisors, officers and PLEA and PPSLA on prior occasions when he claimed it was others who were pushing the 5/8’s concept.

The City Manager admitted there would be no real cost savings by adopting this model.  It will also do nothing to increase manpower.

At this point we will wait to hear further from the Chief and/or City Manager on what the decision will be regarding the 5/8’s program.

PLEA would like to once again thank all of the officers, family members, and citizens who took the time to show up and to express their views in a candid and professional manner.  Your support and comments sent a clear message to the Chief and the City Manager. 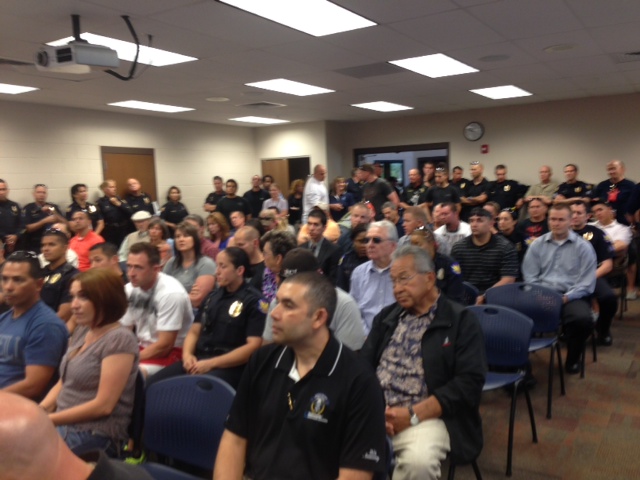 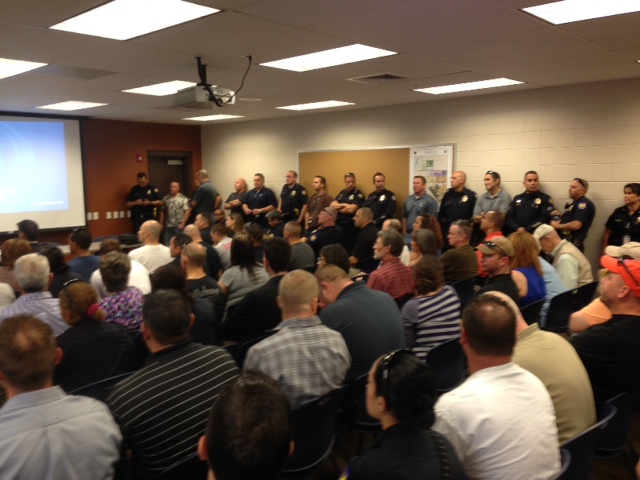 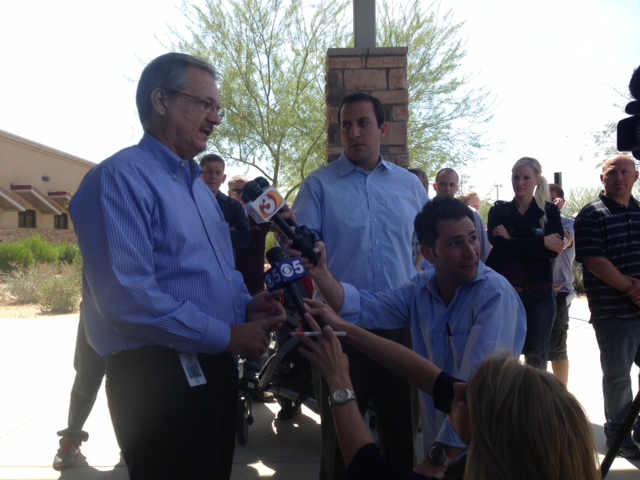 PLEA President Joe Clure addresses the media
after the meeting