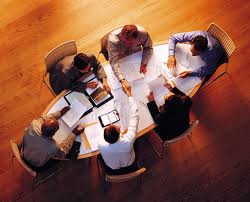 On Tuesday September 11, 2012 the final meeting of four scheduled meetings was held for those officers involved in the Class D uniform grievance. PLEA would like to express thanks to all who made it a point to be present at these important meetings.

All those in attendance clearly and professionally articulated the numerous concerns surrounding the recent decision by management to abolish the class D.  Under the grievance procedures, the Chief has 14 days to issue a written response.  The Chief appeared to be receptive to all of the concerns that were voiced.

PLEA is anticipating some type of decision or resolution prior to the 14 day deadline. If an agreement cannot be reached or the grievance is denied, we will take our concerns to the next level.

In the event the grievance is denied, we will pursue further relief through step 3.5 which is a meeting with the City Labor Relations Administrator.  The final level, if necessary, is step 4 which allows us to take the issue in front of an arbitrator.  PLEA will continue to press for a solution to this issue.