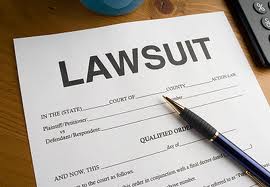 PLEA continues to advocate for Unit IV Member rights long after the elimination of the Class D uniform.

Last October, Chief Garcia announced that the Class D uniform would no longer be authorized for use. Soon after recognizing the effects of the elimination of the Class D uniform, the City unilaterally imposed terms and conditions for reimbursement program in efforts to offset the diminished value of previously purchased Class D uniforms.

In response to these hasty decisions, PLEA filed an Unfair Labor Practice charge with the Phoenix Employment Relations Board (PERB) on September 27, 2012, charging that the City’s actions constitute:

As a result of PLEA’s efforts before PERB, PLEA and the City are negotiating terms of a more acceptable reimbursement program to help offset the elimination of the Class D uniform.

On April 17, 2013, a lawsuit was filed in the Superior Court of Maricopa County, on behalf of the Phoenix Law Enforcement Association (PLEA), Albert Smith, and all similarly situated officers of Unit IV as a class action against the City of Phoenix. In their complaint, PLEA and Albert Smith have alleged a breach of contract:

Through this lawsuit, PLEA aims to rectify the detrimental effects of the Chief’s hasty prohibition of the Class D uniform by seeking monetary damages for all Unit IV members who can demonstrate the loss in value of the Class D uniforms still in officers’ closets and the impact on their compensation.  In order to prevail in this lawsuit, PLEA needs Unit IV members’ help in providing information so that members harmed by the Class D elimination are documented, and their voices heard.

PLEA is in the process of mailing out a survey to all Unit IV Members so that we can determine who may be eligible for recovery of monetary damages.  By now, the forms should have shown up where you receive your personal mail.  If you haven’t received them, please contact the PLEA Office so we can send them to you.