Councilman has Issues with Pink Slips 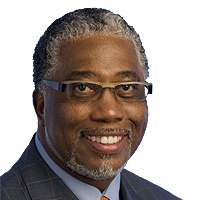 Councilman Mike Johnson communicated serious concern with the method and timing of the City Manager’s decision to notify ONLY police officers of impending layoffs. Budget directions are recommended by the City Manager but budget decisions are made by the City Council. PLEA agrees with Councilman Johnson’s dissatisfaction when he raised the issue that the City Manager’s “decision to prematurely distribute tentative termination papers to our police officers makes the Mayor, City Council, citizens, community, private industry, and our City partners input appear to be irrelevant.” On the same day this letter was sent, a Gilbert police lieutenant was murdered when two armed suspects shot him in the head with an assault rifle. Police officers have great concern when the Phoenix City Manager struggles to see the distinction between the services rendered by police officers and librarians.

CLICK HERE to read the letter from Councilman Johnson to City Manager David Cavazos urging retraction of notifications and apologies to officers.