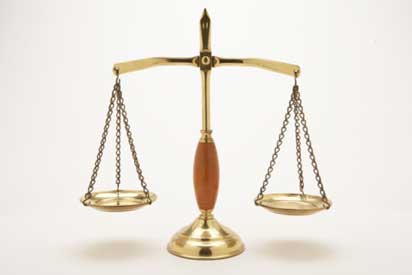 Depending on the severity of the policy violation, once an allegation of misconduct has been sustained and a Notice of Findings has been issued, if it isn’t handled as a Training Issue, Supervisory Counseling, or Written Reprimand, it will go before a Disciplinary Review Board [DRB] to determine what level of discipline will be given out for the work rule violations, which can range from a suspension up to and including termination.

While the DRB makes a recommendation, ulitmately the Chief will decide what level of discipline willl be given.  In the event that the discipline is considered severe or excessive, there is an option to appeal it to the Civil Service Board to see if it can be reduced.

Having said that, we can all say “Goodbye!” to the forty hour maximum suspension, thanks to the Chief’s new revised discipline policy.  Keeping consistent with his other changes to the Department, like it or not, we’re going back in time to the way it used to be including 240 hour suspensions.  We believe that six weeks without pay not only hurts the officer, but their families.  This can potentially equate to missed mortgage, utility, food, education/daycare, and vehicle payments, which also affect credit ratings.

Make no bones about it, the Chief is tough when it comes to discipline.  Not only has he bumped up recommendations from the Disciplinary Review Board, but he has also been terminating officers when recommended.  Some officers have fared better than others appearing in front of the DRB and the same can be said of those at the Civil Service Board.

PLEA Attorneys Mike Napier, Kathryn Baillie, and Eric Wilson have done a record number of Civil Service Hearings in the past year and it looks like if we continue down the path of increased discipline, they will be doing more.

Here is a recap of several significant cases where Civil Service Board decisions resulted in members having their jobs reinstated or had discipline reduced.

On Thursday, June 13, 2013, Phoenix Police Officers went before and had their fate decided by the 4 members of the 5 Member Civil Service Board:

Officer Courtney Mayo (Night Detective Christmas Party PowerPoint) was re-instated to her position as a Phoenix police officer by the Board after having been terminated by the department for well over a year.  The Board exercised justice, fairness and common sense and the voices of reason prevailed in this uncertain arena and voted that she should have received a 240 hour suspension rather than termination (this discipline is commensuarate with what the supervisor involved received); the board was also adamant that she should not be placed under a last chance agreement.

Officer Patrick Larrison received a 40 hour suspension for a use of force incident, which unbeknownst to him, was filmed and posted on YouTube.  Incidentally, after review, the opinion of the Tactical Training Detail was that the force was in policy; however former Phoenix Police Commander Rob Handy overruled the decision, as did Chief Garcia.  Officer Larrison’s suspension was reduced to 32 hours, however there is more to this case and PLEA is considering filing a Special Action with the court due to the City’s failure to turn over witness testimony required under ARS 38-1101.

In March of this year, Officer Ralph Woods had a 40 hour suspension reduced to 8 hours from an investigation that dragged on for 3 years.  Originally the discipline was going to be a written reprimand until he mentioned possible EEO litigation over this biased, inaccurate, and one sided investigation, which was re-written three different times.

PLEA will keep you advised on any significant developments regarding upcoming cases which go before the Civil Service Board.