Drop House Capital of the U.S. 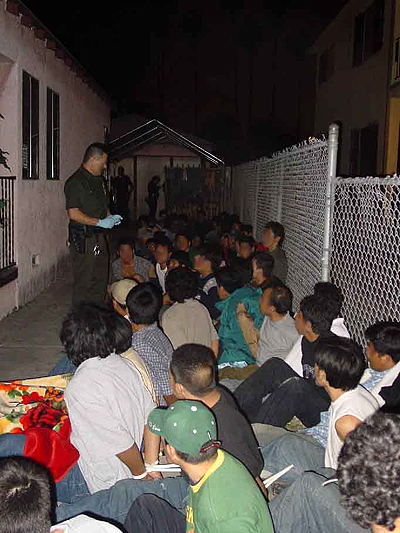 In addition to being named the kidnap capital of the U.S., the city of Phoenix recently received another distinctive honor.  According to ICE, Phoenix is also the drop house capital of the country.  20% of the inmates at the county jail are illegal aliens.  Recent statistics from MCSO indicate that there are currently 100 murder suspects in custody at the MCSO jail that also have ICE holds on them.  199 illegal aliens in custody for narcotic sales currently have ICE holds on them.  Attached is a breakdown from MCSO of illegal aliens in custody, the charge they are being held for, and the number of ICE holds.

CLICK HERE to view a map which tracks the locations of drop houses in the Phoenix metro area.

CLICK HERE to view a breakdown of persons by types of crime in the custody of MCSO that currently have ICE holds placed on them.