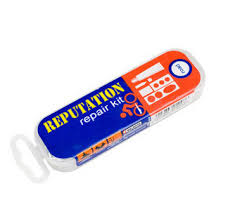 The Danny V. Garcia reputation repair tour began in earnest this morning at a Coffee With a Cop event held at the Coco’s restaurant at 4500 East Cactus Road in the Desert Horizon Precinct.  PLEA and PPSLA attended this event which is held for members of the community to meet with police.  Chief Garcia made some opening remarks to tell everyone about what a bad week it had been for the City, the Police Department, the community, and went on to say “It’s also been a bad week for your Chief.” (We are in full agreement that it is usually a bad week for a Chief when approximately 99% of your sworn employees band together to call for a vote of no confidence.)

Surprisingly, neither PLEA, PPSLA, or the community members in attendance got to speak with the Chief.  We will certainly try to catch up with him at the next Coffee With a Cop event.

The Apology / Reputation repair tour continued through out the day with with one on one interviews with carefully selected members of the media to include John Hook from Ghannel 10, Mac and Gaydos from KTAR, and possibly an ABC 15 interview.  We are still waiting on word for when the one on one interview with Donna Rossi from KPHO Channel 5 will happen.   Spread the word and encourage family and friends to come out to future Coffee With a Cop events so they can speak to the Chief.