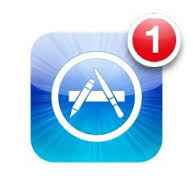 Almost 4 months have passed since Superior Court Judge Katherine Cooper announced her decision on the preliminary injunction which the Goldwater Institute filed against the City and PLEA, in regards to full-time release positions.  As such, there are all kinds of rumors going around about what is going on with PLEA including one that PLEA is closing shop and going away.  While representation has been seriously affected, PLEA is still up and running and will continue to do the best we can under the current circumstances.

The following information has been provided by PLEA attorney Mike Napier, which will explain where we are in the legal process, and what to expect as our case continues to grind its way through the legal system and appeals court.

Presently, Judge Cooper, has under advisement cross-motions for summary judgement.  In effect, all parties have requested that the Court enter final disposition of this case as matter of law predicated on the absence of disputed facts, all parties arguing that the law favors their position.  We are not optimistic considering the Court has already entered two preliminary injunctions against the defendants.

If the Court grants plaintiffs’ motion for summary judgment, then a second appeal will be filed and we anticipate that the appeals will be consolidated and move through the Court of Appeals with a decision after oral argument once all the briefing has been completed.

If plaintiffs’ motion for summary judgment is not granted, then this matter will proceed to a trial with more evidence (much the same as the two evidentiary hearings which have already been held for purposes of determining whether preliminary injunction should issue).  Once the matter is adjudicated through trial, another appeal will be filed with regard to the ultimate outcome and, once again, if the initial appeal has not already been determined, the appeals will be consolidated and ultimately heard by the Court of Appeals.

I anticipate that whatever decision is made by the Court of Appeals, there will be efforts by the losing party to seek review by the Arizona Supreme Court.  If the Supreme Court grants review, then we proceed through that appellate process with oral argument and a final adjudication.  Throughout the appellate process, we will seek to accelerate oral argument in order to expedite the appeals as much as possible.

Hopefully this gives you some indication of the current status of this matter and what we can expect in the future.

PLEA will continue to keep you advised as things progress.  In the event you need representation, please contact the PLEA Office during normal business hours and the Radio Supervisor after hours and on weekends for the telephone number of the standby Board Member and Rep.