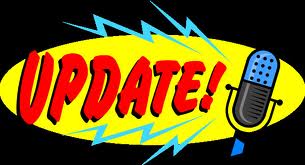 At issue are the full time release provisions of the contract (MOU). Judge Cooper, in her ruling, granted Goldwater’s request for preliminary injunction which enjoins (restricts) until further notice, the following sections of the MOU; Sections 1-3.B, 1-3.C, 1-3.Q of the 2012 – 2014 MOU.

In plain English, this means that until PLEA’s appeal is heard by the higher courts, the following are put on immediate hold.

The PLEA Office is still maintaining normal operating hours Mon-Fri 0730-1630 hrs.  Calls and requests for assistance are still being handled albeit at a much slower pace than normal due to the impediments to service brought on by the court ruling.

Attorneys for PLEA and Judicial watch have filed an appeal with the higher courts combined with a request to stay the injunction. We anticipate having an answer one way or another within the next couple of weeks on whether a stay will be granted. If a stay is granted, full time release provisions will be restored. It could take several months for the entire appeal to be adjudicated.

CLICK HERE to read the directive from the City Attorney.

CLICK HERE to see a recent episode of Horizon on PBS with Mark Spencer of Judicial Watch debating Clint Bolick of the Goldwater Institute on the full time release issue.