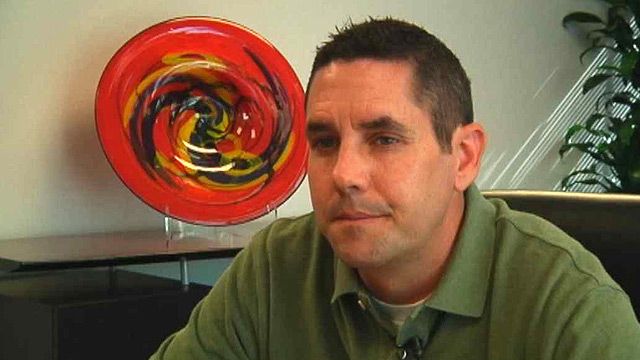 On June 4, 2012, Phoenix Police Officer Craig Tiger was involved in an on-duty lethal force encounter where he shot and killed a suspect threatening citizens and police officers at a City park with a baseball bat.  Officer Tiger began to be impacted by PTSD that same day and on the one year anniversary of his shooting, Officer Tiger, still struggling with nightmares, flashbacks and depression, drove to his family’s cabin in the woods with the intent of taking his own life.  While en-route to the cabin, he was stopped by County Sheriffs who arrested him for DUI. While the traffic stop saved his life and subsequent treatment identified the issue of PTSD, Officer Tiger found himself having to contend with criminal charges for the DUI along with the Phoenix Police Department’s internal discipline process.

Months later, at a disciplinary hearing, Officer Tiger and his Association representative, former PLEA President Joe Clure, met with former Phoenix Police Chief Daniel V. Garcia.  Officer Tiger, who at that time was 12 year veteran of the Department with no prior discipline, poured his heart out to the Chief in an attempt to explain what he had been going through. Both Officer Tiger and Joe Clure implored the Chief not to fire him and further explained that Officer Tiger had been formally diagnosed with PTSD and needed help. Their pleas fell on deaf ears and Garcia terminated Officer Tiger’s employment.  Sadly, Officer Tiger committed suicide a year after being terminated for the DUI.

On Wednesday, April 13, 2016, the Phoenix Police Pension Board approved disability benefits for the family of Officer Craig Tiger after after PLEA attorneys Mike Napier and Cassidy Bacon successfully argued before the Board that his PTSD was a cause of his termination. The Pension Board requested and received a report from an independent medical examiner who concluded Officer Tiger met the requirements for an accidental disability pension.  Despite this important legal victory, there was no state law which would provide benefits and protection for first responders who experienced PTSD as a result of scope of duty incidents, so a plan of action was implemented to work on creating those benefits through legislation at the state level.

On Monday, April 23, 2018, Governor Ducey signed HB 2502, “The Officer Craig Tiger Act” in honor of his commitment to our community and the sacrifices of Phoenix Police Officer Craig Tiger and his family, which provides critical treatment of PTSD for public safety personnel. This bill was sponsored by Representative Paul Boyer and Senator Steve Smith, Senator Rick Gray, and Representative Mark Fitchem all worked hard in support of taking care of our first responders.

Highlights of the bill include:

The Arizona Police Association, which PLEA is a member of, and the Professional Fire Fighters of Arizona worked together to introduce and ensure this bill was signed into law. We hope this bill will prevent the tragic loss of other police officers and firefighters who suffer from PTSD.

PLEA appreciates the hard work put in by everyone to make this bill, which has been a long time in coming, a reality.  We also appreciate their dedication, care, and concern exhibited in support of HB 2502 on behalf of Arizona police officers and fire fighters.  Thank You!

PLEA would also like to acknowledge retired KPHO TV Reporter Donna Rossi for staying on the Craig Tiger story once it broke, not being afraid to confront former Chief Garcia about his decision to terminate Officer Tiger, and her efforts to keep the PTSD issue among first responders in the spotlight.