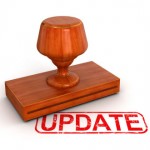 PLEA worked with Chief Yahner, the Fire Union, and the Mayor and City Council to update the hiring plan. If all goes as planned, we will be hiring almost 250 Officers next fiscal year, July 2015 – June 2016.

On Thursday March 5, 2014, the judge ruled in our favor and against the City and the Goldwater Institute. Now, the lawsuit will continue with a trial which will most likely take place this Fall. This is a big win as the lawsuit would have been dead if the judge had sided with Goldwater over whether the compensation was even pensionable. On a side note, the judge also eliminated Goldwater from the lawsuit.

There are two types of call ups which National Guard and Reserves fall under.  One is a Presidential involuntary call-up, when units are activated through Federal Orders.  When this occurs the City will make your PSPRS contributions and make you whole. The other type of call-up is a voluntary call-up, where under Federal law, if you volunteer to work on a project or volunteer to be activated by the National Guard or Reserves, the City is not required to and won’t make your PSPRS contributions. This means you will not get pensionable service credit. Also, under both the Federal Law and State PSPRS law you only have up to 3 times the length of service (up to 5 years) to make those contributions and you can NEVER buy that time back.  In the event you volunteer to be activated for 6 months, you only have 18 months after redeployment to pay the City and receive your PSPRS service credit.