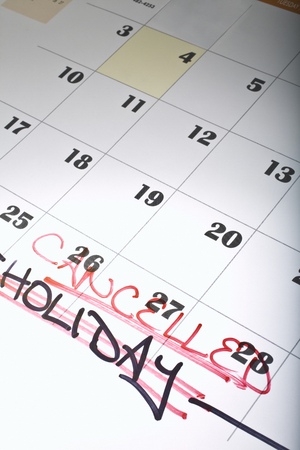 On Thursday afternoon, March 25, 2010, after receiving numerous calls from the membership, PLEA met with Executive Assistant Chief Joe Yahner and Commander Rob Handy reference the recent “maximum staffing” policy that was to be implemented on Cesar Chavez Day.  This policy would have mandated that a significant number of Patrol Officers be forced to take off the holiday which, in reality, would have created a minimum staffing situation.  While PLEA understands the fiscal challenges of the times we are in, this is the wrong way to solve a budget problem. PLEA expressed serious concerns with regard to officer and citizen safety as most specialty details are already off on holidays leaving patrol with minimal support.  The thought of reducing patrol staffing on a holiday does not sit well with the rank and file officers of the Phoenix Police Department.  To place the entire City on minimum staffing is a recipe for disaster.  Shortly after our meeting, Chief Yahner communicated to PLEA that he was going to have a meeting with his precinct commanders on Friday, March 26, 2010, to reevaluate the “maximum staffing” policy.  PLEA is confident that the right thing will be done and that this policy in its current form will be shelved for patrol.  PLEA will keep you informed with regard to further changes.