Officers Hung out to Dry 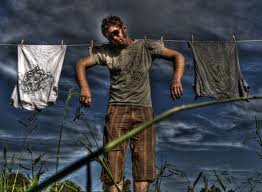 On September 2, 2010 PLEA’s legal counsel received a letter from Joel Robbins, legal counsel for a plaintiff involving the City of Phoenix (federal court: CV-08-2018-PHX-MHN). In this letter Mr. Robbins states, “I wanted to alert you to a recent trend in police abuse of force cases against the City of Phoenix, a trend of which you may be aware, but wanted to advise you of in case you were not, in which the City is now maintaining that it has no obligation to indemnify its officers (emphasis mine) for claims of excessive use of force.”

CLICK HERE to read the letter sent to PLEA’s legal counsel from the law firm of Robbins and Curtin, p.l.l.c.

He goes on to say, “…we have not alleged that the officers had any personal agenda or were in any way acting above and beyond the scope of their duties as police officers. Moreover, in both cases, the same attorney represented both the City of Phoenix and the individual officers (in each case, Lori Berke). However, the City, through the attorney purportedly representing the interests of both the City and the individual officers, argued that the City was statutorily immune from any liability….and therefore, any judgment against the individual officers would presumably be their sole responsibility to satisfy.”  Mr. Robbins concluded, “…each individual Phoenix police officer will be individually responsible for satisfying any judgment resulting from an excessive use of force, regardless of whether the use of force was done strictly within the officers’ scope and course of employment.”

Translation to rank-and-file Phoenix Police Officers: It seems that the City feels NO legal obligation to provide legal counsel when you make a professional law enforcement decision made in the course and scope of duty. But yet, when it comes to Police Chief Jack Harris, the City now feels they have a moral obligation to pay for his legal counsel fees made in defense of a personal retirement/personal employment decision.

This failure to protect our officers for their line-of-duty use of force is yet another problem to be added to the many serious issues facing the City and the police department.

1)  Allegations of falsified kidnapping statistics utilized to acquire federal money and to label Phoenix as the kidnapping capital of the country.

3)  A crime lab in crisis and in litigation for allegations of contributing to the deaths of 8 innocent citizens.

4)  400 police vacancies with no hiring for two years.

5)  Abandoning the AZPOST seat of the 5th largest city in the country (Phoenix) without notice or permission.

6)  Numerous EEO allegations and lawsuits against police management generated by police personnel of a protected class.

7)  A management philosophy that appears to have abandoned community service and accountability as demonstrated by Chief Harris’ statement, “I’m not going to let PLEA or citizens tell me when and how to do investigations.”

These issues fall well outside the realm of a labor/management dispute.  PLEA sees these problems and more as a crisis in ethics within some high-ranking Phoenix Police managers. In the end, it’s our street cops and strained communities who are at risk.  They pay the price for a police management team that’s lost its moral compass and appear to be on the verge of paying the price for Chief Harris’ personal legal bills too.

It is disconcerting that the Council and Chief Harris will not approve the personal purchase of rifles (you know, those tools the Mexican drug cartels have) by police officers with the officers’ own money but at the same time will consider using City taxpayer money to facilitate the personal financial decisions of Chief Harris.

A.   If/when the end result of the Judicial Watch lawsuit against Jack Harris and the local pension board results in a financial settlement, will the City Council pay that bill too?

B.   Will the Council allow other citizens access to executive session, as was done for Chief Jack Harris, to seek assistance in meeting personal financial obligations?

Some on the Council have publicly expressed concerns about the atmosphere in the Phoenix Police Department. In addition to the Council, others have also voiced their concerns about police management.  Over one year ago, our PLEA member biennial survey indicated that only 4% of officers see leadership coming from Chief Harris — many would call this a vote of no confidence.  The atmosphere of any department is set by the person in charge of that department. The buck should stop with Jack Harris. Removing Jack Harris as the head of the police department is a crucial step to correct and change the atmosphere that is of legitimate concern to the Council. The 15th will be a wonderful opportunity to see if the City Council serves the community as a whole or the personal needs of the one. It’s a unique situation to discover if the City Council will end or encourage the personality driven management style of Chief Harris.