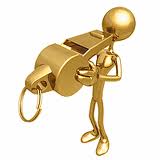 PLEA was notified by Sgt. Phil Roberts that after a 3-month leave of absence, his first day back to work on Monday will start with the Department investigating him for misconduct.  One wonders if “whistle-blowing” is misconduct.  PLEA believes it is PPD management’s intent to have Sgt. Roberts terminated.  Hopefully we’re wrong.  Senator Russell Pearce is working hard on Sgt. Robert’s behalf.  PLEA believes that employees with information regarding the kidnapping statistics in question are being given orders not to talk to the media about this.

CLICK HERE to read the transcript of Mayor Gordon’s comments.

Distinctions can be important when vying for federal money that is related to the HIKE (Home Invasion Kidnapping Extortion) squad’s focus of: 1.) ransom; 2.) money drops; 3.) victim rescue; 4.) phone monitoring; 5.) extensive follow-up; and 6.) arrests.

There are 7 different kidnapping offenses in Title 13 (Arizona Criminal Statutes).

The main focus of the HIKE squad was to deal with KIDNAPPING (13-1304) that was connected to the crime of illegal immigration.  The current allegation by Sgt. Roberts is that the Department, consistent with Mayor Gordon’s comments, included in all the other types of kidnappings and thus the kidnapping numbers became inflated beyond the HIKE focus.  Like Mayor Gordon, Sgt. Tommy Thompson communicated to the media that all kidnappings are the same when in reality they are not (much like the distinction the Department makes between a burglary and a shoplifting).

Question for Sgt. Thompson:  Of the 358 reported kidnappings, how many involved a ransom?  The answer to that question is a good start in what kidnapping stats should have been presented to the federal government.

Notice on page 5:  Mayor Gordon states that almost every day (365 days in a year) “People are being tortured.  People are being kidnapped.  Almost every night, Phoenix Police will get one or more calls with variations of the same story – ‘My wife is being held in a Phoenix drop house and they say they will torture and kill her if we don’t pay them thousands of dollars.’  The response to that kind of call is incredibly ‘labor intensive.'”

Mayor Gordon is accurately describing the types of kidnappings the HIKE squad (or the robbery squad that Sgt. Roberts was in charge of) was formed to address.  In Phil Roberts’ memo, the in-house police stat keepers, the in-house police supervisors, and Mike Ferraresi of the Arizona Republic discovered, after a hard look at the kidnapping incidents, that the frequency of Mayor Gordon’s comments weren’t consistent with reality.  What the Mayor described didn’t happen every day or almost every night.  Independent of Sgt. Roberts, Mike Ferraresi communicated to PLEA his discovery and concerns that the Department’s kidnapping numbers were inflated beyond the scope of the HIKE squad.

The City Manager’s office was advised of this discrepancy approximately a year ago.  According to Sgt. Roberts’ memo, what Mayor Gordon described and what the HIKE squad focused on only happened between 50 to 100 times a year, not 358.  It appears that Mayor Gordon was being given questionable kidnapping statistics.

Joe Clure and Will Buividas (PLEA Treasurer and Chief Negotiator) met with Jack Harris today (8-20-10).  Chief Harris told them that “It was dumb” for Phil Roberts to question the kidnapping numbers that the Department presented.  Now it will be more difficult to get federal dollars.  “Now I’m going to have to spend all my time explaining the kidnapping stats.”  Perhaps a prompt investigation when requested a year ago regarding these stats would have alleviated this task for Chief Harris.