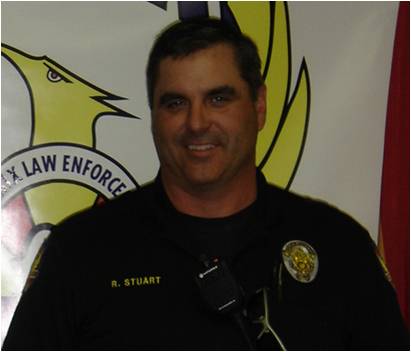 There was a time I refused to participate in PLEA by paying dues to a union I felt was not trying to fight for us but instead had sold itself to the whims of management. There was a time I led a fight for honest, effective representation from PLEA. There was a time I believed such a position was our only option as Phoenix Police Officers. I do not believe fighting is our first or second option. However, it has to be an option and our leadership needs to represent the members, not testify against our interests. I was one of 400 PLEA members who quit the union in protest of Mr. Jacobsen.

When Mark Spencer was elected as PLEA president, I was cautiously optimistic. After the great success in our last contract negotiations and watching the issues the board decided to fight for, such as its position on illegal immigration, I decided to rejoin. Mark and other members of the board asked for my assistance on a couple of issues they had been working on for some time as I had been working on them also. Approximately four months ago Mark asked if I would become a PLEA representative and assist his administration in making real change on our working conditions. One of these issues was the booking procedures and the problems officers have at the jail. I agreed.

On November 4, 2008, Mark asked if I would attend a Public Safety Subcommittee meeting of the City Council with him to advise him and speak if necessary. Of course I agreed and was proud to have been asked. I was not surprised to see former PLEA President Jake Jacobson walk into the meeting with Executive Assistant Chief Tom Lannon. I wondered what possible reason there was for his attendance at this meeting in the company of management who is opposing PLEA’s effort to civilianize the procedure. During this meeting, Mr. Jacobsen actually stood in front of these City Councilpersons and claimed the problems with the booking procedures had been solved and the members had related to him the jail was no longer a problem. The implication was that management’s position on the issue was correct, and our elected president’s points were not valid.

The jail is a mess and anyone who books people on a regular basis knows it. The solution is simple, put two civilians at the jail 24/7 to accept prisoners from officers. They can put them in AC/DC and take care of standing by for medicals for prisoners. Booking someone would again take 10 minutes of the officers’ time and would create an atmosphere for officers to complete the task of keeping our communities safe by booking more criminals. This would lead to the discovery of more violent criminals and teach our young officers how to be cops again. It would remove the trend of just moving them along for fear of getting tied up at the jail. In fact the jail issue has rated in the top three problems officers face in surveys since 2003. Mr. Jacobsen was well aware of this as he was president during all of them. To speak against these irrefutable facts underscores the foolishness of Mr. Jacobsen’s support of police management.

Management needs to understand that Mr. Jacobsen is the defeated former president and speaks only for himself. Who asked him to come and why is beyond me. I really don’t know. However, after all, he was in the company of Chief Lannon. It was wrong and I was completely offended. These management tactics are not helpful to the relationship and I agree that we must work together. In doing so that does not mean we will always agree and sometimes the issues will have to be mediated to a conclusion. These are normal relations between management and union and we can still walk away respecting each other as long as the debate is waged with honesty and integrity. I say to you managers: If you won’t stop for these reasons, at least take Mr. Jacobsen into consideration.