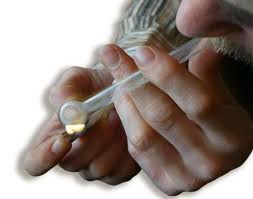 A recently obtained toxicology report authored by the Maricopa County Office of the Medical Examiner indicates that domestic violence suspect Danny Rodriguez who was contacted and ultimately shot and killed by the Phoenix Police on October 5, 2010, was high on methamphetamine at the time of the incident. The report indicates that the suspect had 0.62 mg/L of methamphetamine and 0.18 mg/L of amphetamine his bloodstream at the time of the incident. It was relayed to PLEA through experts in the field that this amount is indicative of a multiple day “binge” and would have most likely left the suspect volatile and aggressive due to the amount of illegal drugs ingested combined with the potential lack of sleep.  Medical reports also indicate that the dog that acted in a threatening manner and was ultimately shot, weighed 49.5 lbs.