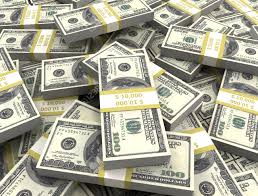 The following article was penned by PLEA President Ken Crane in response to activists who have advocated at City Council meetings for the establishment of a victims fund.

For years now, a handful of radical community groups have worked hard to damn law enforcement by creating a false narrative about policing. As these anti-police activists tell it, virtually every police use of force is not only unnecessary and unjustified, but also the result of bloodthirst exhibited by the men and women on the frontlines.

These accusations are ridiculous to the point of offensiveness. As study after study and anecdote after anecdote have reaffirmed, more than 99 percent of police interactions with civilians do not end in the use of force. When police officers do use force, independent reviews of the incidents – by trained professionals and by civilian oversight boards – exonerate the officer’s decision-making 99 percent of the time.

Even so, the radicals who hate police are not impressed. And, not content to simply peddle lies, they now want to go a step further and dip into the wallets of taxpayers.

Their latest proposal? They want the Phoenix City Council to create what they have labeled a “victims’ fund” meant to provide, in their words, “assistance to those who are the victims of police violence.”

To say that police officers in Phoenix find such an idea absurd and a slap in the face is putting it mildly. First of all, Phoenix, like every other city in America, already has in place a mechanism to compensate victims of police violence. It’s called the court system. Every single time a police officer uses force, that decision is reviewed by the County Attorney’s Office. If police use of force is deemed excessive, not only can the officer be fired and criminally charged, but the victim or the victim’s family has solid grounds for a civil lawsuit, either for excessive force or for wrongful death. The same possibility exists at the federal level if the Department of Justice or a federal prosecutor deems police use of force excessive or criminal.

Apparently, this system, which has worked fairly for decades, is no longer good enough for those who believe that due process only exists for those arrested by police officers and not officers themselves. Of course, the groups behind this proposal – groups like the Center for Neighborhood Leadership, Black Lives Matter, Puente, Justice That Works and the American Civil Liberties Union – have demonstrated for years that their disrespect for law enforcement is total. In their eyes, police officers never use force to protect the community or themselves. As they see it – and scream it through bullhorns – every police use of force is an assault or a murder, one that ends up being covered up by “the establishment,” composed of police management, homicide investigators, internal affairs investigators and under zealous prosecutors.

In other words, no one is to be believed and the system isn’t to be trusted –unless it’s a system designed and run by the activists and those who think like they think.

That seems to be the real agenda at work here, one that seeks to remake policing to serve the activists’ political whims. As we’ve seen in multiple cities across the country, the activists’ real goal seems to be neutralizing law enforcement in every sense of the word. They’d love nothing more than to see complete civilian oversight of police use of force review panels, including giving these laymen, who have little to no law enforcement training and expertise, subpoena powers, the authority to discipline officers and the ability to write big checks to whomever they believe has been subjected to what they label “police violence.” Once again, the solution they seek already exists in the real world: Civilians, in the form of the city manager, the Mayor and the City Council, already have oversight authority when it comes to the Phoenix Police Department. Furthermore, the City’s Civil Service Review panel also is composed of civilians.

If the activists bothered to do their homework, they would see that our state already has in place a three-tiered system dedicated to compensating true victims of crime – all crimes.

At the state level, the Arizona Criminal Justice Commission provides information, counseling services and compensation for crime victims. At the County level, the Maricopa County Attorney’s Office administers a victim’s rights program committed to honoring and respecting the rights of crime victims as detailed in Section 2.1 of the Arizona State Constitution, also known as the Victims’ Bill of Rights.  A variety of services are offered to ensure that these rights are upheld, including victim notification, victim restitution and victim compensation. For victims of misdemeanor crimes, the City of Phoenix has a program to care for their needs and to help make sure they are whole after falling victim to criminals.

With all these services already in place, the need for the activists’ proposed giveaway of taxpayer dollars is redundant and totally unnecessary. Again, their hidden agenda is clear: A few aggressive radical groups want to make noise in the interest of hurting the men and women who serve daily on the frontlines of Phoenix public safety.

We already have a city government that cries poor whenever contract time rolls around. We have city employees who haven’t seen raises in 10 years and a police force that is at least a thousand cops short of what public safety experts would argue we need to keep Phoenix safe. Criminals have never been better armed and they have never been less hesitant to draw down on police officers.

Now, rather than find a way to keep the public safe from crime, we are supposed to create a slush fund that will do nothing to stop a single criminal from preying on the residents of Phoenix.

Here’s a thought: If any of these activist groups want to know what a true victim looks like, we would be happy to host them at the PLEA office. Specifically, we will show them the 41 photographs hanging in our lobby of Phoenix Police officers who paid with their lives while protecting our residents and their community.

Of course, the activists have never shown an interest in discussing those true victims of crime.