On Wednesday July 18, 2012, PLEA Executive Board members met with City Manager David Cavazos to discuss the ongoing issues with the abolishment of the Class D uniforms.  PLEA made it clear that there was no prior discussion with us on this topic prior to the ENS being sent out.  City Mananger David Cavazos asked that we contact the Chief to schedule a meeting for some in-depth discussion on the issue.  Later in the afternoon PLEA President Joe Clure spoke telephonically with Chief Garcia to express the many concerns conveyed to us by rank and file officers regarding the unilateral decision to eliminate the Class D uniform. It was mutually agreed that a meeting would be convened between PLEA and the Chief during the week of July 30th to discuss in-depth, the issues surrounding the Class D uniform. 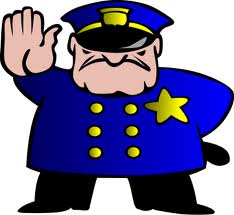 PLEA is recommending that officers, if able, hold off on new uniform purchases until after we are able to meet with the Chief.  Once this meeting has occurred an update will be provided to the membership.

For those officers who feel that they have a valid grievance reference this issue who have not already contacted PLEA, email PLEA Grievance Chair Ken Crane at kcrane@azplea.com with the following information: name, serial no., squad, name of first line supervisor, contact cell phone, along with a brief statement of why you feel you would have a grievance such as medical issues i.e., doctor’s note, recent expenditure of funds to purchase class D’s (with receipt) or 1 year wear out period.