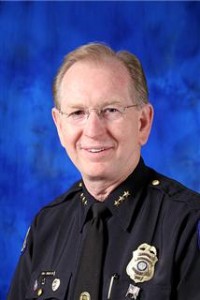 On Monday August 29, 2011 PLEA was notified that an independent hearing officer found that the Phoenix Police Department discriminated against Officer James Holmes because he was a member of PLEA.  In the attached report the hearing officer questions the credibility of retired Assistant Chief Andy Anderson and current Car 4 Commander Chuck Miiller in reference to their motivation for removing James Holmes from his Public Information Officer (PIO) position.

Police management claimed that it was due to budget cuts and that sergeants are more qualified.  This flies in the face of logic when they replaced James Holmes with a higher paid employee (a sergeant) at a greater cost to the Department.  The hearing officer found PLEA representatives Joe Clure and Will Buividas, along with Sgt. Tommy Thompson, to be more credible than the above managers.  PLEA wants to commend Sgt. Thompson for allowing his conscience to kick in during the PERB hearings.  PLEA also wants to commend the legal counsel of Mike Napier for his effective efforts in protecting Association members.   The hearing officer ordered police management to return PLEA member Officer James Holmes to his PIO duties.