“In whatever arena of life, one may meet the challenge of courage, whatever may be the sacrifices he faces if he follows his conscience, the loss of his friends, his fortune, his contentment, even the esteem of his fellow men, each man must decide for himself the course he will follow.”

Frequently the course of courage requires one to speak up.  Hebrew wisdom literature reminds us that “there is a time to speak” (Ecclesiastes 3:7b).  The uncommon courage that Kennedy writes about comes with a cost – most rare things do.  Bold men and women, who are willing to pay the price, consistently overcome fear and selfishness by speaking truth to correct a wrong – even when it’s safer to say nothing.

The City of Phoenix recently released an EEO report (January 13, 2011) based upon a retaliation complaint filed by former Phoenix Police Lieutenant Heston Silbert.  Shamefully this report highlights the lack of courage (cowardice) of upper level Phoenix Police Managers and their willingness to trade truth.  When it comes to maintaining silence for the select, keeping their mouths shut to protect the “fraternity” of the few, they’re masters at being mute.

A noticeable and frustrating obstacle encountered by the investigator is spelled out in her final product.  She states:

If the standards of an organization come from the top, one can imagine the struggle rank-and-file officers face in maintaining their moral compass in the face of the ethical drought in police management.  The following documented pattern of conduct on the part of upper-level Phoenix Police Managers is not only alarming, but frightening.

Do we really think this absence of conscience kicks in when one retires – or is it more likely created and cultivated over time?  The investigator summed up these wretched examples with the following:

“There was insufficient evidence to evaluate many of Lieutenant Silbert’s allegations because the witnesses(retired/former employees) declined to participate in the EOD investigative process.” 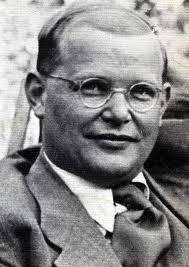 Dietrich Bonhoeffer was a protestant theologian and a participant in the resistance movement during WWII.  He was killed by the Nazis in 1945, twenty-three days before Germany surrendered.  The mute mouths, deaf ears, and empty hearts of some police managers are a black stain against the brilliant backdrop of courageous truth penned by Bonhoeffer and understood by Kennedy:

Silence in the face of evil is itself evil.  God will not hold us guiltless.  Not to speak is to speak.  Not to act is to act.