In 2015, PLEA, through PLEA Charities, provided a $500 donation to help start an event which has grown exponentially and is now in its fourth year, continuing to grow and gain traction.  The event is Superhero September, which was started by  Phoenix Police Detective Sean Reavie, who is assigned to the Phoenix Police Department’s Crimes Against Children Unit.

The idea behind the event was to increase awareness and empower victims of these horrible crimes and obtain donations for the makeover of Childhelp’s facility including action figures and T-shirts which would be given to children when they came to visit the facility as part of the investigative process.

This month marks the fourth year of Superhero September and this Saturday, September 8, 2018, the Super Main Event will be held at the Phoenix Police Department’s Family Advocacy Center, located at 2120 North Central Avenue.  PLEA helped kick off this year’s chain of events by sponsoring the Target Superhero Shopping Spree, which was held this past Saturday, September 1, 2018, at Target store 1905, located at 2140 East Baseline Road.

PLEA has been an integral part of this event and we have supported it every year with financial donations through PLEA Charities and we have also provided resources including grills, coolers, and food.

This year, PLEA Charities’ donation of $1500 went to purchase Superhero themed clothing and action figures, which will be used to replenish the stock at Childhelp, where every victim is not only services to help overcome their trauma, but basic necessities including clothing and hygiene supplies. 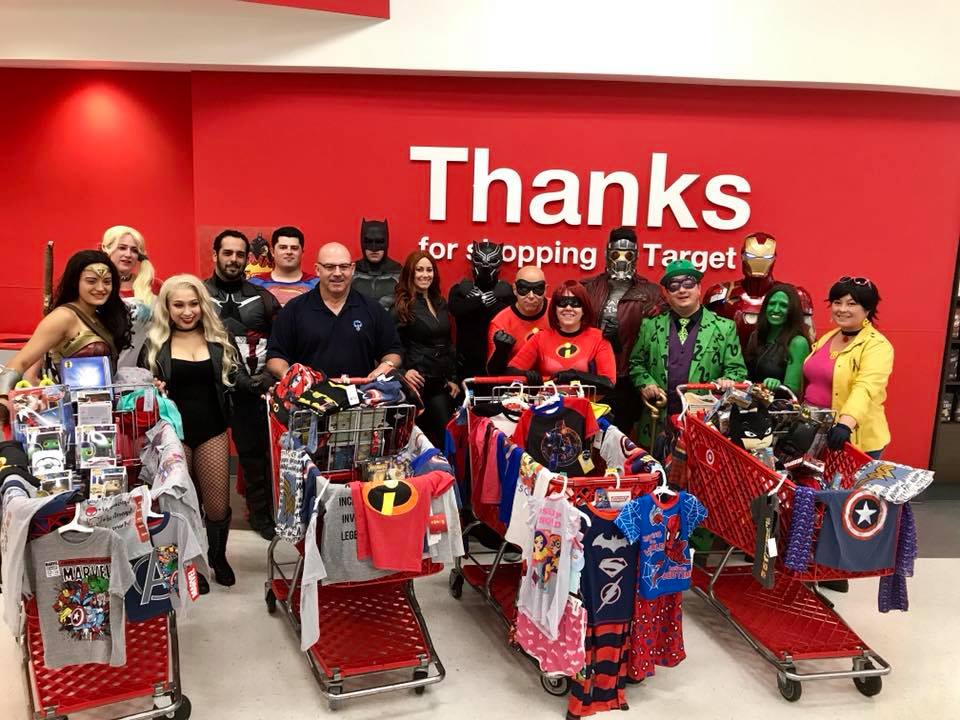