In 2015 PLEA, through PLEA Charities, made a financial donation of $500 to assist with an event which was born out of Phoenix Police Detective Sean Reavie’s vision to empower the young victims who come to Childhelp to be interviewed and examined regarding some of the most despicable acts that humans can commit against our most vulnerable members of society.

Superhero September continues to grow exponentially and PLEA continues to be an integral part of the event with financial donations provided through PLEA Charities and resources used to provide food, seating, and shade for those who attend the event.  What started with a $500 donation has grown into an annual event with close to 40 costumed Superheroes, hundreds of citizens, and a number of partner groups whose goal is to increase awareness regarding child abuse.

Since many of these children lack basic necessities including clothing and hygiene supplies, they are provided with these items prior to leaving the facility after being given the opportunity to bathe after their forensic medical examinations and having their clothing impounded as evidence.

This year, PLEA Charities provided a $1500 donation for the Target Superhero Shopping Spree, which was held on September 1, 2018 at the Target Store located at 2140 East Baseline Road, where 15 Superheroes purchased items which will restock the shelves in Childhelp’s storage rooms for eventual distribution to the nearly 600 victims who come through the facility every month. 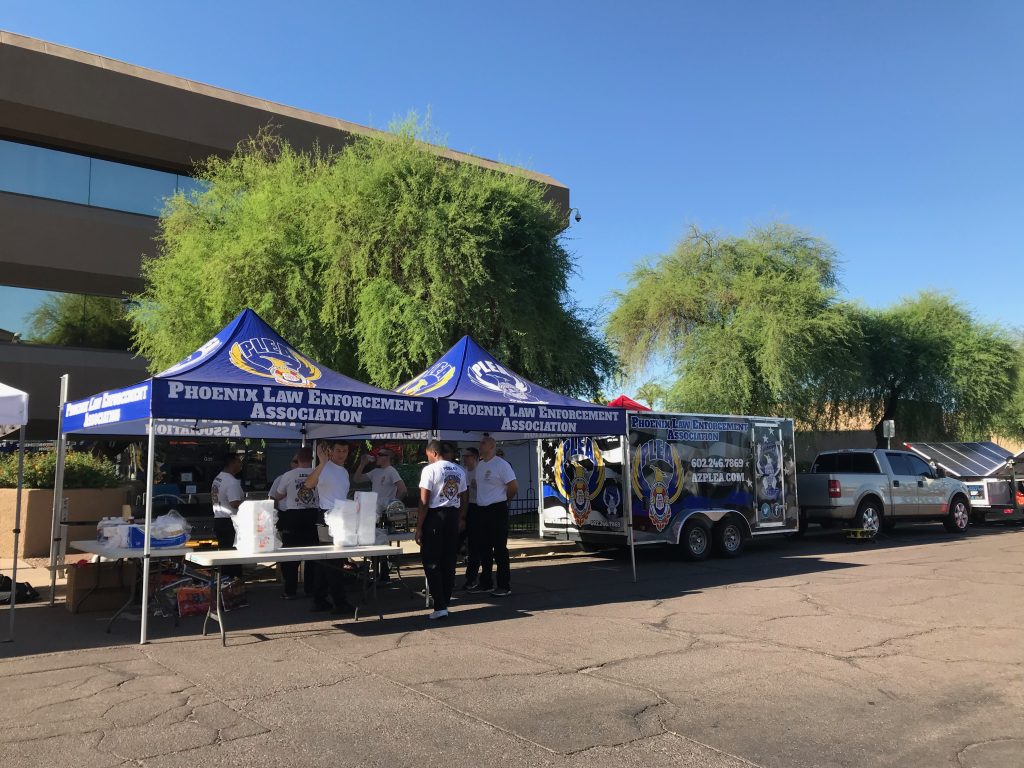