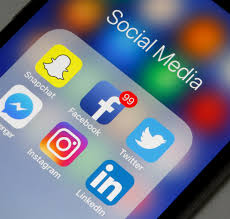 Officers in Washington could reportedly risk losing their certification and jobs if they do not consent to a review of their social media accounts by the state’s police oversight agency.

They are being asked to agree to a review of any of their social media accounts by a representative of the Washington State Criminal Justice Training Commission (CJTC) at the end of a new online training session for police certification, according to a screenshot shared with The Jason Rantz Show on KTTH.

All officers must complete the training by October 31, according to the CJTC’s website.

The declaration asked officers to authorize and consent to the release of personnel files and other records that are directly related to certification to the CJTC.

It also asked officers to “consent to, and agree to facilitate, a review of any of my social media accounts immediately upon a request by a representative of the Commission.”

It added: “I understand that failure to facilitate such a review when requested may result in a decertification action.”

The requirement stems from E2SSB 5051, legislation enacted earlier this year that greatly expanding the CJTC’s capability to investigate police misconduct and revoke or suspend a police officer’s license.

The law also states that as a condition of certification, “the peace officer or corrections officer must also consent to and facilitate a review of the officer’s social media accounts, however, consistent with RCW 49.44.200, the officer is not required to provide login information.”

But according to KTTH, many law enforcement agencies thought the requirement only applied as part of background checks on new recruits and believe the CJTC is misinterpreting the law.

“An employing agency must inquire as to whether the applicant has any affiliations with extremist organizations and the applicant must consent to or facilitate a review of the officer’s social media accounts,” a Senate Bill report explained.

But according to the CJTC’s website, all currently certified officers are required to sign a new consent form agreeing to a review of social media accounts to update their certification.

“All officers previously consented to providing employee records if an incident of misconduct was reported that could lead to revocation. Under the new law, additional consent is needed for review of their social media accounts,” the website states.

“We have created an online class that includes a power point and a webform that can be signed electronically. This form will be attached to the officer’s profile for future needs.”

Two police unions have told their members not to sign the CJTC’s declaration until their concerns have been addressed, KTTH reported.

Snohomish County Sheriff Adam Fortney told Rantz he was “surprised” by the requirement and is seeking guidance on what it means.

Chelan County Sheriff Brian Burnett, who is a former CJTC board member, called it “an extreme overreach.”

He told Rantz: “For the state to say they have the right to go into a personal social media account? It’s such an overreach.

“Everything is taking away local control in this legislation. They’re not allowing you to police and train your staff. It’s all about the state taking over this drastic control, and through that, you have this overreach in this new wording in the legislation.”