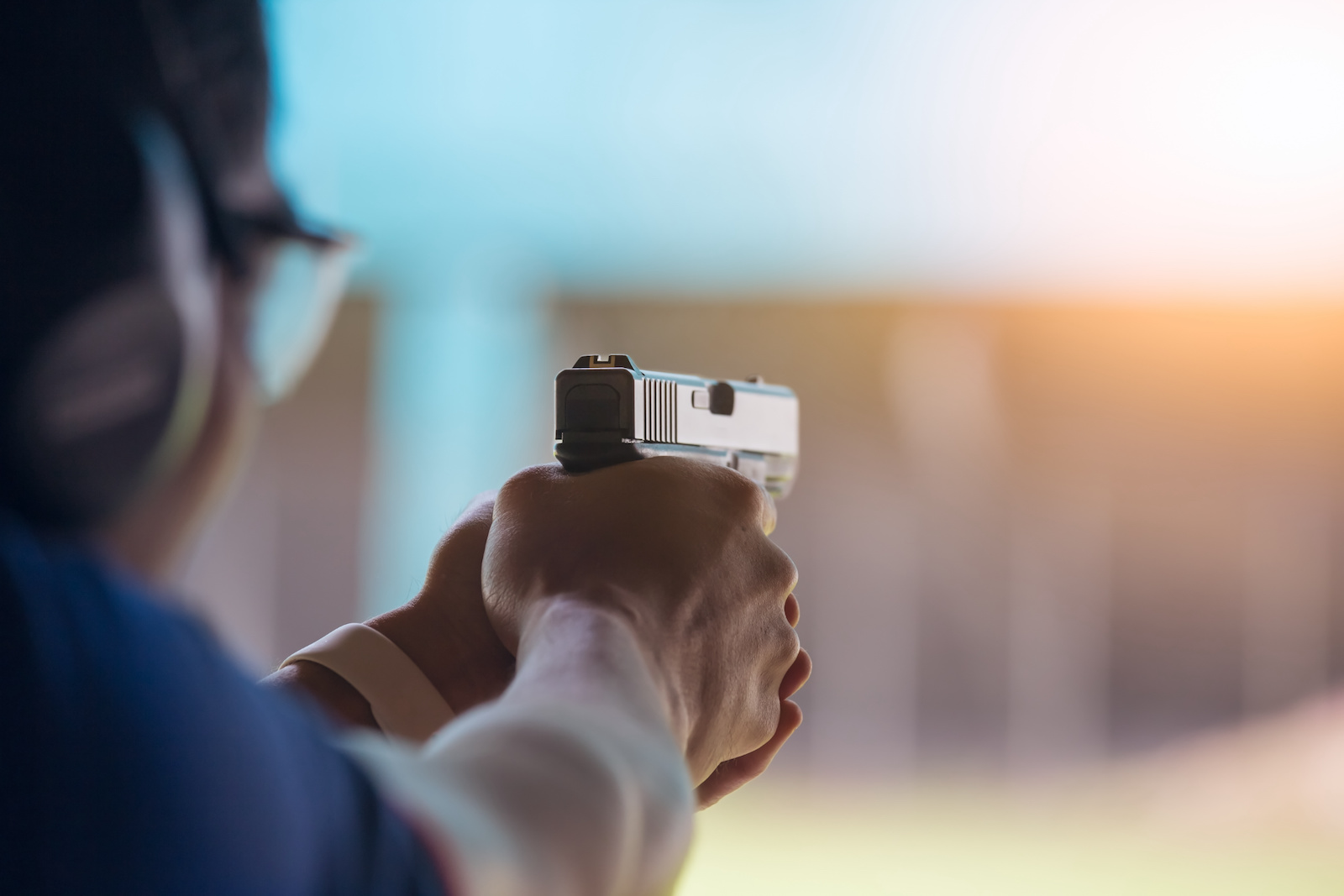 A new study led by Ph.D. student Andrew Brown1 examined the effects of grip strength and gender on shooting performance.2

Brown and fellow researchers sought to verify independent studies showing that grip strength was directly related to a person’s ability to manage aim, recoil, and trigger pull. These skills are widely recognized as some of the key components of superior shooting performance.

This latest study was designed to replicate previous research relative to grip strength and to identify what range of strength might be required to achieve shooting test standards. The resulting data was used to examine the relationship between grip strength, gender, and shooting scores.

According to the researchers, a standard-issue 9 mm pistol might have between 4lbs-6lbs of trigger pull weight. A double-action-only pistol might be closer to 9lbs-12lbs. Still, trigger pull weight can depend on the type of gun, the hammer mechanism (e.g., single-action vs. double action), and whether mechanical adjustments have been made. As a rule of thumb, the amount of pressure required to pull a trigger and fire a round (“trigger pull weight”) is roughly equivalent to a firm handshake.

Researchers explained the influence of trigger pull weight: “Trigger pull weight appears to impact shooting performance as triggers that are too heavy [for the individual shooter] seem to activate additional muscles in the hand.” They continued: “If the trigger pull of a firearm exceeds the force of a handshake, isolation of the index finger becomes difficult, causing the hand to engage in the use of additional muscles to complete the task of pulling the trigger. The overcompensation of unnecessary muscles, in turn, negatively affects shooting performance through involuntary hand movements.”

The questions remained, how much strength is needed to avoid these grip-related issues and pass a standard police pistol course, and will an officer’s gender predict negative shooting performance related to grip strength?

Researchers had 118 active police officers, ranging in age from 22-62, conduct a standardized police pistol qualification using a double-action-only pistol with a trigger pull weight of between 8lbs-12lbs.

Before attempting to qualify, the participants completed a demographic questionnaire to document their age, rank, gender, and years of police service. Researchers then measured and recorded the participants’ dominant hand maximum grip strength.

After their grip strength was measured, participants performed the police pistol qualification with stationary targets between 10 and 82 feet. The results of the tests were analyzed and compared to the grip strength measurements and officer demographics.

First, researchers determined that grip strength in the range of 80lbs and 125lbs was needed to score approximately 85% and 90% on the pistol qualification test. The average grip strength for the female officers in the study was 77.5lbs, while the average for the men was 121.5lbs.

78% of the females and 92% of the males passed the qualification test (22% and 8% failed respectively). Researchers observed that, for every pound below the average grip strength required to score between 85% and 90%, the odds of an officer failing the pistol qualification increased by 2%.

Shooting performance is influenced by a variety of factors, and it appears that grip strength is certainly one of them. Andrew Brown provided the following observations: “In our study, higher rates of failure appeared to be correlated with lower grip strength.” Brown continued: “Agencies should consider minimum grip requirements based on the issued duty pistol trigger weight. Although grip strength issues might disproportionately impact female officers, strength training may help to mitigate grip-related deficiencies regardless of the officer’s gender.”

Dr. Bill Lewinski, executive director of the Force Science Institute, supports Brown’s recommendations and was encouraged by the NYPD’s move to a lighter trigger pull weight: “We often hear that higher trigger pull weights can provide increased decision-making time for officers. The research does not support that position.” Dr. Lewinski explained: “Even the heavier triggers can have a travel time as quick as 6/100 to 8/100 of a second. If the decision to pull the trigger has already been made, the travel time of the trigger isn’t going to result in sufficient time to change your mind and stop that action.”

The complete report, titled “Examining the impact of grip strength and officer gender on shooting performance” can can be accessed by clicking the button below.