The Austin Police Association has proposed raises of up to 20 percent over four years as part of its ongoing labor contract negotiation with the city, citing the police department’s long-standing staffing shortages as well as rising housing costs and inflation.

Officer Travis Vonholt, a five-year department veteran who serves on the APA Board of Directors, told the city’s bargaining team Wednesday that he is unable to buy a home on his annual salary of $82,640, which includes stipends for having a bachelor’s degree and completing mental health officer training. 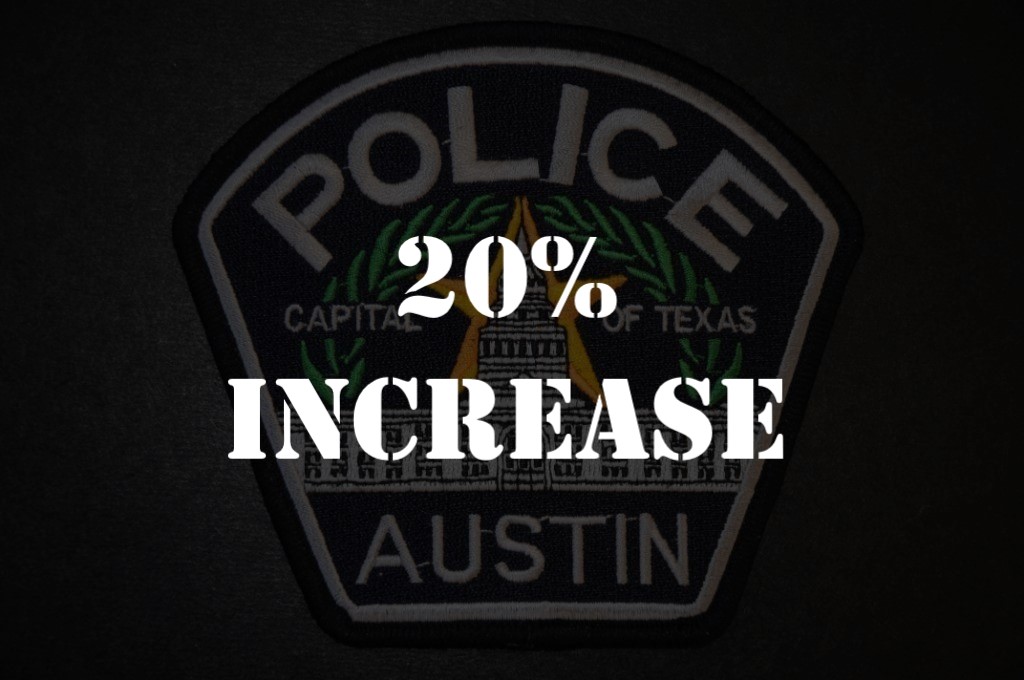 APA proposed the following raises in an effort to deter attrition over the next contract period:

The current contract included a 1-2 percent annual raise for all officers, regardless of seniority or rank, totaling 7 percent between 2018 and 2022.

This issue – and its proposed solution – is not unique to APD. Other public safety agencies in Austin and the city itself are dealing with staffing shortages as a result of rising living costs.

Austin-Travis County EMS’ sworn vacancy rate is 22.4 percent and the Austin Fire Department’s is 8.6 percent, according to a May 19 memo from Arellano to City Council.

Council members voted Thursday to direct staff to develop a plan for raising the living wage from $15 per hour to $22 per hour for all city employees starting in October. The draft resolution cited city staff vacancies, which are currently at 17 percent across the board, as well as those at APD, ATCEMS and AFD.

Chris Harris, policy director for the Austin Justice Coalition, doesn’t want to see the city agree to pay raises and other benefits in exchange for increased oversight.

“Those dollars could be better used elsewhere,” he told the Austin Monitor last month.

APA also proposed changes to the commander promotion process on a pilot basis to include mentorship and leadership development programs. Sergeant Brad Ray, who also serves on APA’s board, said these updates represent an “opportunity for APD to be at the forefront of change in the modern policing era.”

The city’s bargaining team responded to APA’s previous proposals regarding hiring and assignment changes, among others.

The next negotiation meeting is scheduled for June 22, at which APA representatives said they will respond to the city’s previous proposals on discipline and internal affairs. Their objective is to have both parties’ proposals and counter-proposals on the table by July.

The Austin Monitor’s work is made possible by donations from the community. Though our reporting covers donors from time to time, we are careful to keep business and editorial efforts separate while maintaining transparency. A complete list of donors is available here, and our code of ethics is explained here.