I was notified by one of our retirees that there was a scoreboard at Chandler Gilbert Community College (CGCC) that was dedicated to honor the memory of Sergeant Thomas Craig, who passed away due to medical reasons on September 3, 2021. I then reached out to the school because I thought this sounded like a happy story to tell, and it turned out to be a great story! I had the pleasure to speak with Bryanne Norris, head softball coach for CGCC. Norris told me that she took over the softball program at CGCC in 2016. Shortly after taking over, she was given the ability to recruit new players to rebuild the team. She remembers going to watch a game to scout for new prospects, and this was the first time she met Craig.

Craig’s twin daughters were playing the positions of catcher and outfield that day. During the game, Norris was able to speak with Craig, who showed a lot of passion and love for the game, which influenced his daughters. Norris was able sit down with the family and discuss the girls coming to CGCC to play in its program because of their talent. One daughter committed to playing just a couple of days after the meeting; the other daughter was much different. “She made me wait before I received a commitment,” Norris recalled.

From the beginning, Craig was involved with the softball program, and not just because his daughters were playing on the team. He took time from his day to sit down with Norris to talk about ways to improve the program. This is when she began to understand Craig’s personality and passion for the game. “He always made you feel important,” she said, adding that as the new head coach she felt overwhelmed at times. But Craig was always there for support. “He believed in me.”

Alongside the support Norris received from her family, Craig was there from the start. They would discuss the team and the improvements that were needed to the dugouts and scoreboard. Craig did not hesitate and started to make telephone calls to the college administration requesting that they improve the field. He knew how important this was for the team. Those calls made a difference because the field received updated dugouts and a scoreboard. Another item of concern to him was the team’s uniforms. Craig and his family donated the money to purchase new uniforms for the whole team. Today they have six different uniform styles, and it’s all because of him.

Craig’s daughters graduated CGCC in 2019, but he continued to be an advocate for the softball program. He still attended practices and games, and was involved in the annual cornhole tournament, which has been held for the last six years. He would build cornhole boards out of wood for use and was described as a “jack of all trades.”

This story has led us to today. Even though Thomas Craig has left us, his legacy and impact on CGCC lives on. The school dedicated the scoreboard in his name. The team has pregame shirts that display a “thin blue line” flag and his badge number on the right sleeve and his initials, “TC,” on the left sleeve. The current uniform jersey top has an insignia patch on the left sleeve displaying “TC” to honor him during the game. Norris became emotional because Craig made such a substantial impact on her as a coach and on her life: “Tom, you will never be forgotten.” 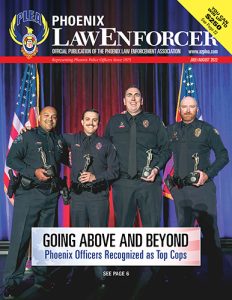