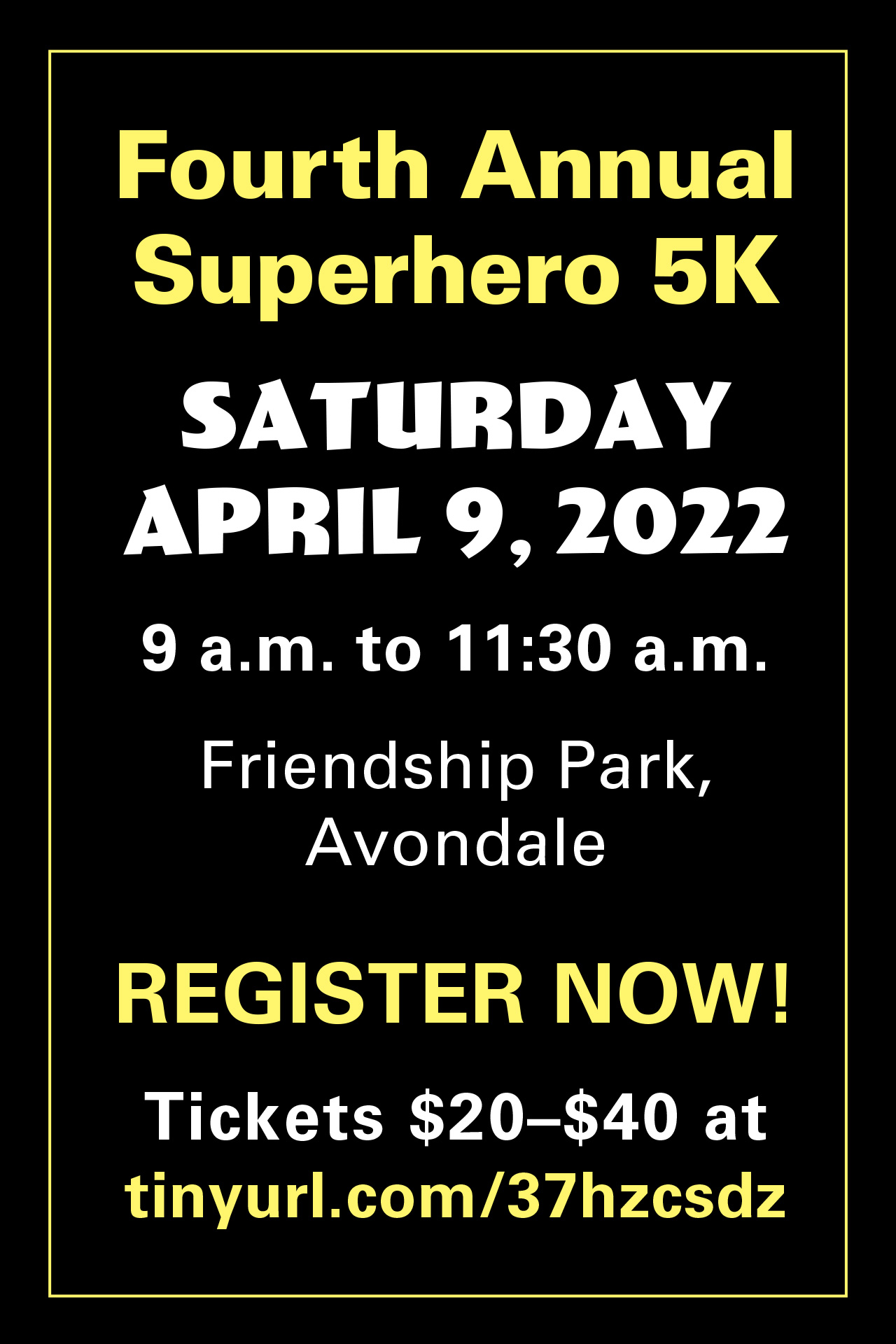 For the fourth year running, PLEA Charities is hosting the Superhero 5K to benefit abused children across the Valley. The event, part of the Signature Event Series produced by Put on the Cape: A Foundation for Hope (POTC), has raised more than $20,000 in previous years for the Southwest Family Advocacy Center, which supports the special victims units in Avondale, Buckeye and Goodyear.

Scheduled for Saturday, April 9, from 9 a.m. to 11:30 a.m. in Friendship Park in Avondale, the run encourages participants to dress as their favorite superhero, build a team, bring the kids and enjoy a beautiful spring day in the Valley with music and vendors, plus the City of Avondale’s KidFest occurring immediately afterward. The event is so popular that all three previous Superhero 5Ks sold out in advance, and overflow runners signed up each year.

“The event is a fun run, and anyone who wants to walk or even do one lap is welcomed,” Phoenix Police Officer Sean Reavie, the event’s creator, says. “The importance of the mission is why we all come. Our hero spotlight is the Flash, and his logo is on the T-shirt and the finisher medal.”

A longtime PLEA member, Reavie created POTC in 2019 to support special victims units across the Valley. As a former Crimes Against Children detective, he understands the needs that advocacy centers have and uses his foundation to fulfill them.

“Way back on September 1, 2015, PLEA Charities donated to my cause when I only planned one event, called Superhero September,” Reavie says. “PLEA and PLEA Charities continue to support me through their involvement, not only with the 5K, but also with our legacy event, the PLEA Superhero Shopping Spree.”

In 2021, POTC was recognized nationally as a Top Nonprofit by GreatNonprofits, and Reavie was named National Humanitarian of the Year by the Marquis Who’s Who in America organization. He gives credit where he says it’s deserved: “Without PLEA Charities donating that money to me in 2015, the second event never would have happened, and we would have been one and done right there. There were no other events scheduled, and that donation gave me a great idea as to how to continue the message.”

That second event is the now-legendary Superhero Shopping Spree, which, in the last seven years, has accounted for more than $100,000 in donations to fill toy closets, food pantries and clothing wardrobes from Buckeye to Gilbert.

Reavie points out that PLEA Charities is his biggest supporter, both financially and professionally. “The support started with previous PLEA Board members Frank Marino and Ken Crane,” he says. “And it continues with Britt London, John Maxwell, Mike Thomas, Yvette Bro and the rest of the team. They really understand the scope of my mission.”

Through the years, POTC changed both cosplay and charity by utilizing professionally trained actors to portray superheroes at its charity events. Calling this hybrid “Cause Play,” Reavie requires his team to pass a background check, receive Level 1 fingerprint clearance and take training in adverse childhood experiences. It was this attention to detail that led POTC to its biggest event during Super Bowl weekend.

“After vetting us and seeing how professional our group is, we were invited to a Super Bowl party at Sony Pictures Studios in Los Angeles,” Reavie says. “We are on the radar of some serious people nationally, and that is really going to change things for us.”

The party was thrown by super sports agent Leigh Steinberg (whom Jerry Maguire was based on), and Reavie’s Cause Play team entertained sports and movie luminaries to great reviews. “We are already invited to their Super Bowl party in Phoenix in 2022,” Reavie says. “Great things are happening.”

After the 5K, Reavie says, planning begins for the eighth annual Superhero September Spectacular, to include events across the Valley supporting eight family advocacy centers.

“With great power comes great responsibility,” Reavie says. “We have the responsibility to do all we can for our most vulnerable victims, and make sure they can recover both physically and emotionally.”

For more information and to register for the Superhero 5K, visit putonthecape.org. 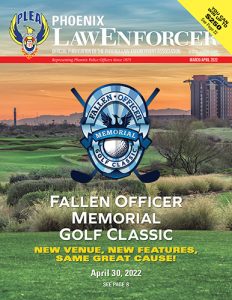