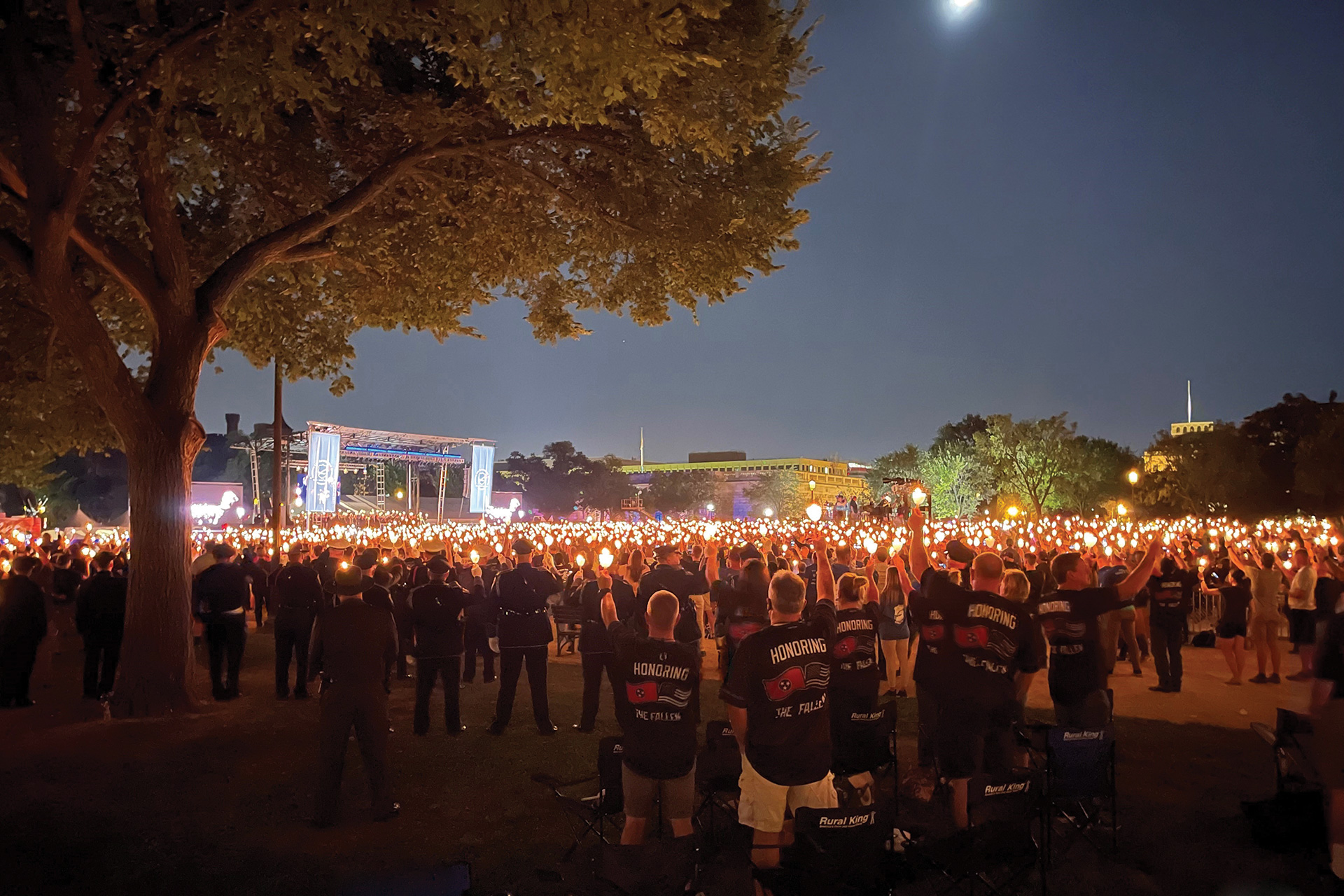 From October 13 to 17, PLEA joined law enforcement agencies around the country during National Police Weekend to recognize and honor our fallen heroes who died in the line of duty. This year, 701 new names — including Phoenix Police Commander Greg Carnicle (EOW: March 29, 2020) and Officer Paul Rutherford (EOW: March 21, 2019) — were formally dedicated on October 15 during the 33rd Annual Candlelight Vigil.

The vigil, which was held on the National Mall and produced by the National Law Enforcement Officers Memorial Fund, was a time for officers, family members, survivors and supporters to mourn for their fallen heroes and pay tribute to the sacrifices they made. For as far as the eye could see, thousands of candles burned brightly as each attendee reflected on stories and memories of their fallen hero.

After two postponed National Police Week gatherings in May 2020 and 2021 due to pandemic restrictions, the opportunity to travel to our nation’s capital and finally gather again was a special moment cherished by all.

There were several other events throughout the weekend that also honored our fallen. On October 13, law enforcement leaders and members of the Police Unity Tour completed their 300-mile journey to honor those who fell in the line of duty. The annual “ride for those that died” event paid tribute to fallen officers, as men and women completed their trip to the National Law Enforcement Officers Memorial. The ride started in New Jersey before continuing to Wilmington, Delaware, and Annapolis, Maryland. The final leg of the trip was a 60-mile journey to the Memorial in Washington, D.C.

On October 16, the National Fraternal Order of Police and the National Fraternal Order of Police Auxiliary hosted the annual National Peace Officers’ Memorial Service on the west front lawn of the U.S. Capitol. The service featured emotional tributes from various speakers and performers, and many family members of the fallen placed a flower in the memorial wreath as their loved ones’ names were read. Following the service, a wreath-laying ceremony took place at the National Law Enforcement Officers Memorial.

We will never forget! 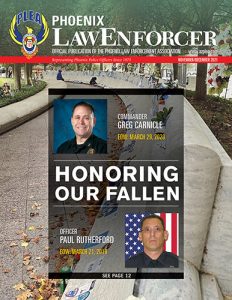