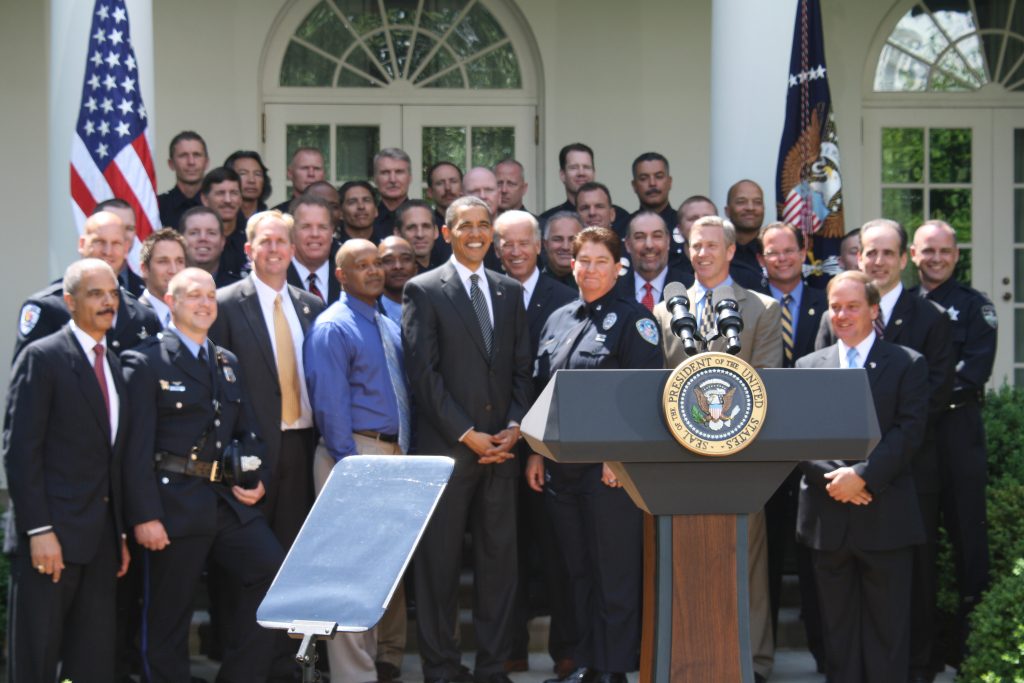 On May 12, 2009, 32 Police Officers from around the nation were honored in a Rose Garden ceremony at the White House.

Phoenix Police Officer Fabian Gonzalez from the Maryvale Precinct was one of the 32 honored for acts of bravery, heroism, and courage.

Officer Gonzalez was honored for his courage in stopping an armed offender while he was off duty and without a bullet-proof vest.

On April 27, 2008, a man started shooting at a crowd at a movie theater parking lot while using the mall security guard as a shield. After an unsuccessful attempt to get the man to drop the gun, Officer Gonzalez shot the offender, freeing the security guard and preventing any harm to civilians.

PLEA salutes Fabian for a job well done and congratulates him on his national recognition.